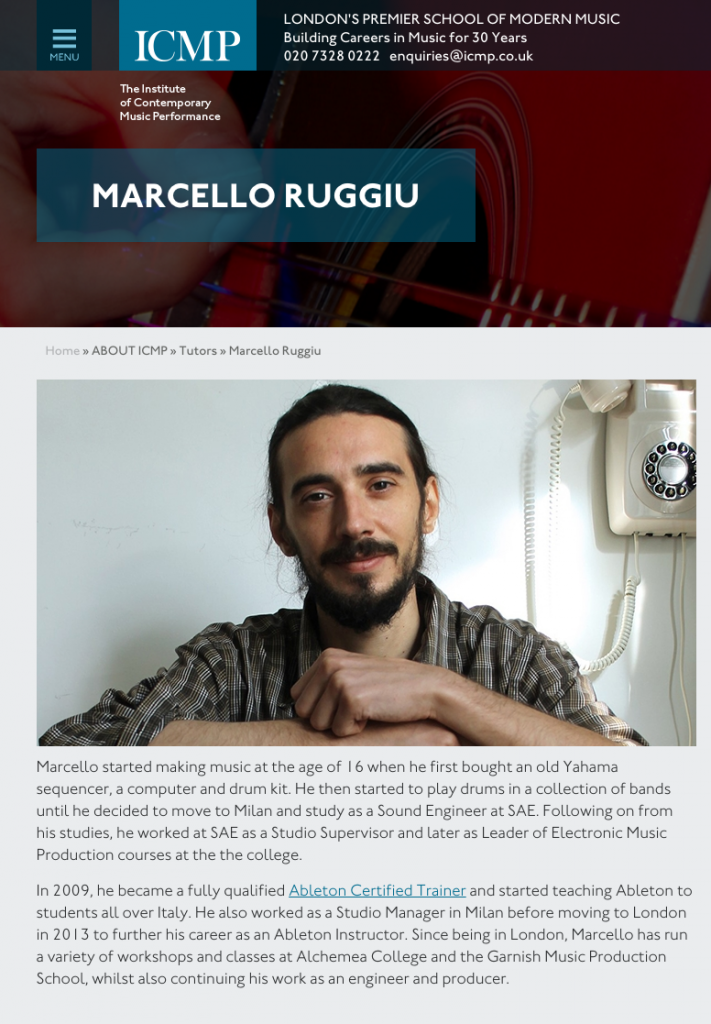 Marcello started making music at the age of 16 when he first bought an old Yahama sequencer, a computer and drum kit. He then started to play drums in a collection of bands until he decided to move to Milan and study as a Sound Engineer at SAE. Following on from his studies, he worked at SAE as a Studio Supervisor and later as Leader of Electronic Music Production courses at the the college.

In 2009, he became a fully qualified Ableton Certified Trainer and started teaching Ableton to students all over Italy. He also worked as a Studio Manager in Milan before moving to London in 2013 to further his career as an Ableton Instructor. Since being in London, Marcello has run a variety of workshops and classes at Alchemea College and the Garnish Music Production School, whilst also continuing his work as an engineer and producer.