You are here: Home / Staff

Marcello and Giorgio are the guys behind the idea of DeepTanz Productions. They love music and together with James, George, Stefano, Marco, and Rico, they will help you to realize your ideas. 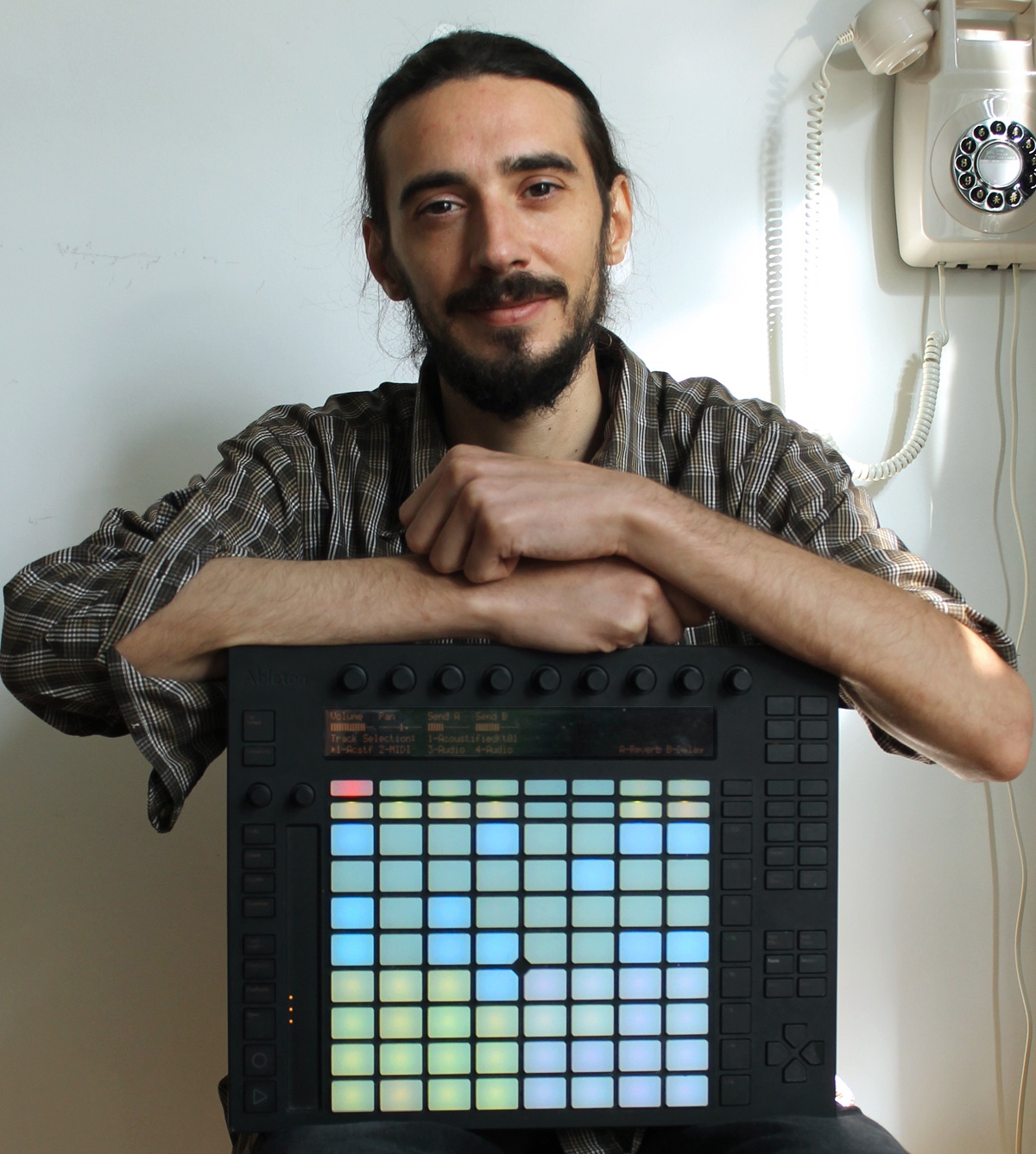 Marcello is a Sound Engineer and music producer other than a Certified Ableton Trainer since 2009. He worked as sound engineer and music producer for many music projects, before in Milan and now in London where he is collaborating with many musicians and artists around Europe.
Marcello began his career after his studies as sound engineer, teaching Electronic Music Production and at the same time working in many fields of the music production. This makes Marcello the perfect person to ask help for finalizing a product or bring it to a live performance. Also, Marcello Will help you to learn everything you need with our online music production courses. 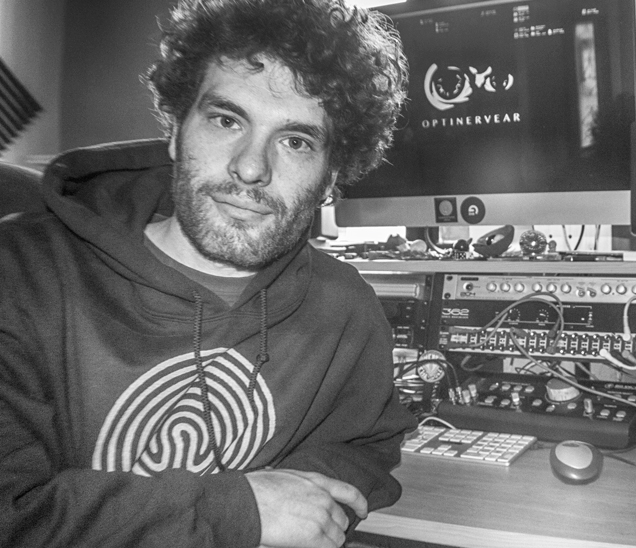 Giorgio is the dTp’s point of reference for what regards sound quality and songs finalization, offering over 20 years of passion in music production and 10 years experience in the audio industry. With a great interest and activity in the Psychedelic Trance music field, founder of the music label Labyrinthine Crew. Releasing many albums and tracks through labels all around the world, he performed his music in Argentina, Brazil, India, and many European countries, with his artistic guise Oblium. Giorgio delivers top quality mixes and masters to his audience but also to our customers. He’s the owner of Optinervear Studio where he works on various kinds of music, using both digital and analog gear to give to our customers a contemporary HD sound without losing the typical color and warmth of the analog sound. 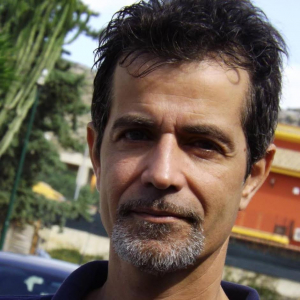 Riccardo has always been driven by a strong interest in human interaction with electronic instruments. He has been working into the music production industry in his studio based in Rome with the first digital audio equipment thus following the tremendous evolution of sound technology. His search for a setup that offered high levels of interaction led him to approach the world of Ableton, the most malleable program on the market. For some years now, thanks to the use of ClyphX, he has dedicated himself to the development of creative setups on this platform. Digital lutherie, according to Riccardo, is now within the reach of anyone who needs to customize their workflow in a capillary way. 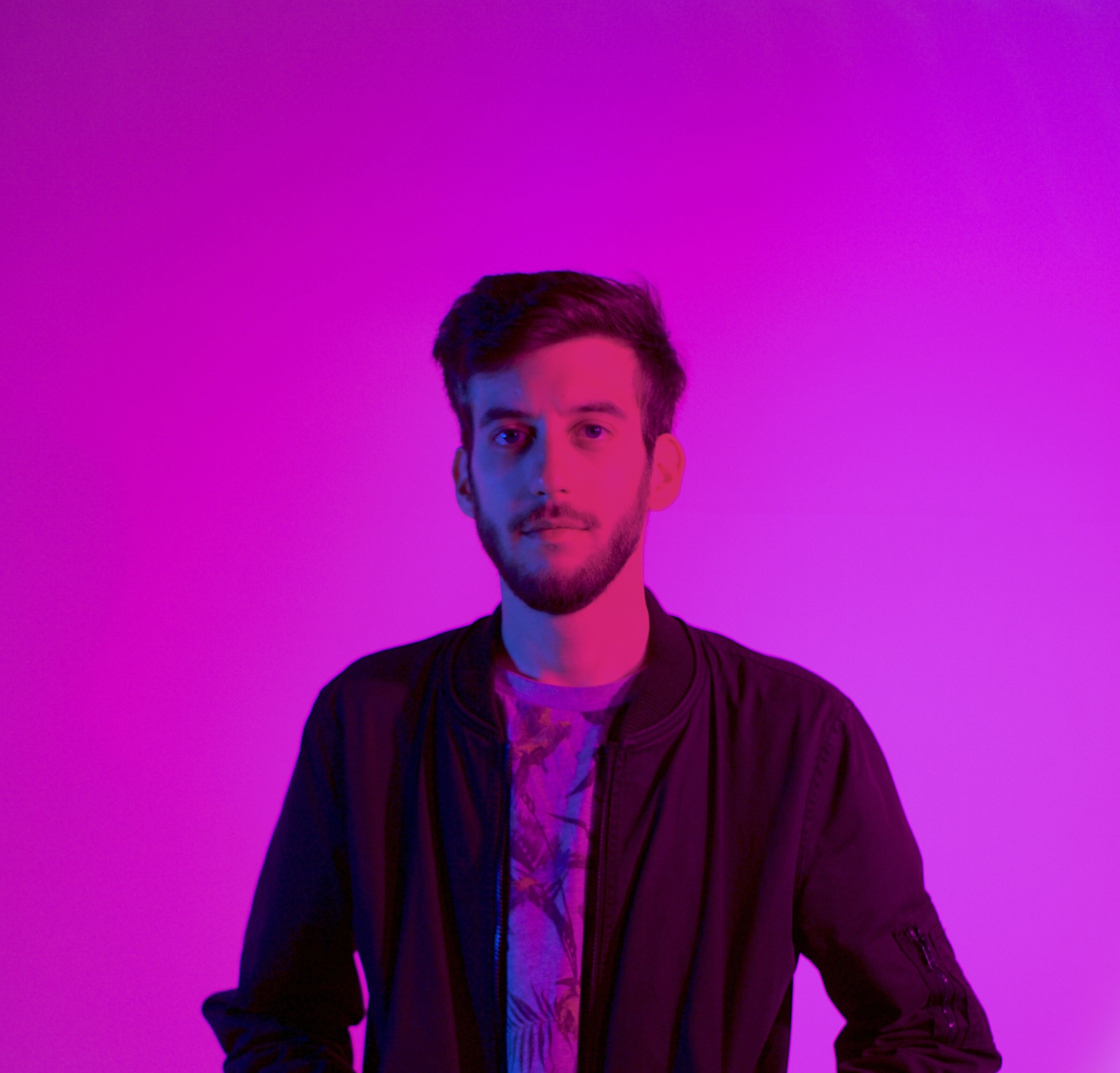 Stefano is an Italian music producer specialized in Ableton Live. Since 2008 he has been playing in different bands and electronic projects, releasing albums and EPs. He integrates softwares, analog instruments, and machines, both in production and during live performances.
In 2013 he founded his own studio focussed on production, mixing and sound editing with which he has realized many different kinds of projects, starting from Fashion Film soundtracks to major brand Commercials tracks. Stefano is currently based in London and collaborates and works with international clients. 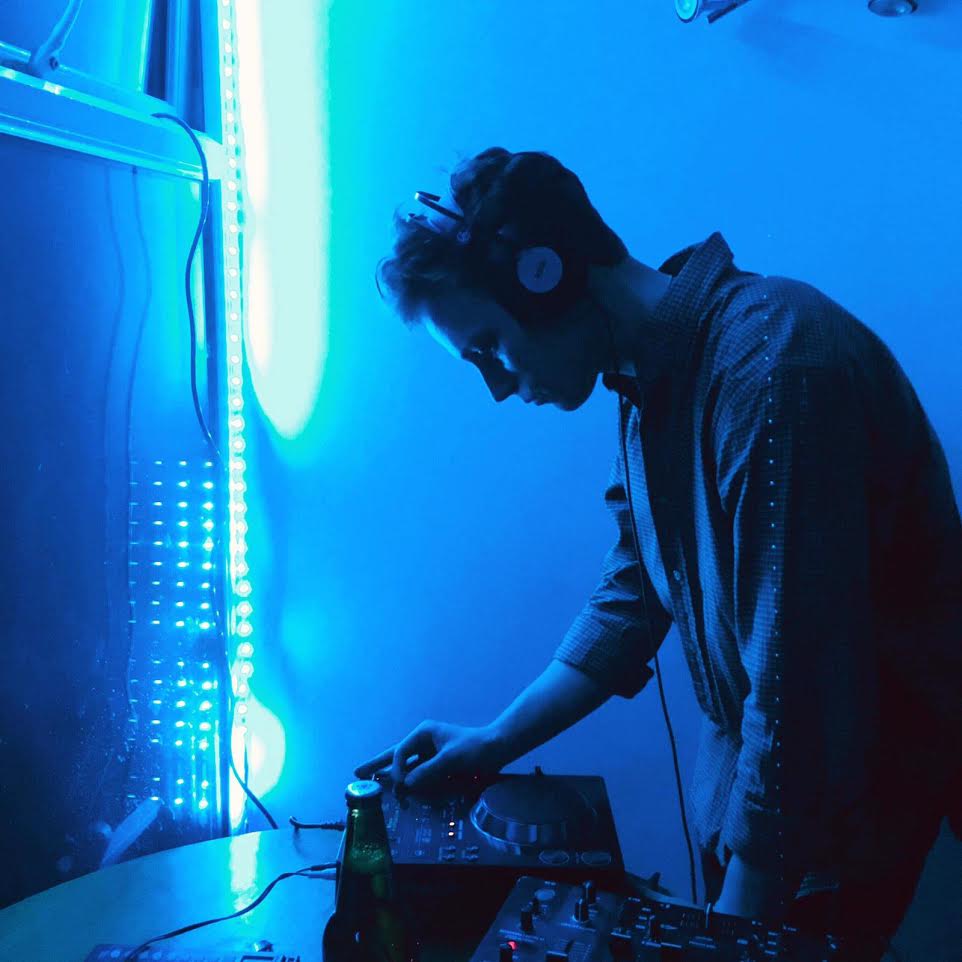 A genre bending mentality and melting pot of influences are at the heart of J. Kong’s productions.
Classically trained, he started his musical journey in of a number of big bands, playing a range of jazz, funk and orchestral pieces.
His transition into the underground began with an introduction to jungle, where he became enamoured with electronic music.
From this, he branched out into genres such as Grime, Dubstep, and Drum’n’Bass. 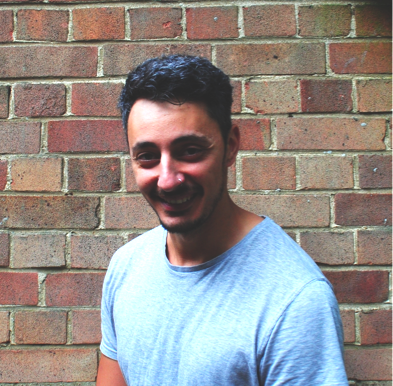 London based electronic producer and dj, Rico has shaped a quite solid musical identity in the last few years, since 2007 he has maintained a prolific series of Albums and EPs, releasing music under his own name and other aliases.
His works have various contaminations of different music genres within the spectrum of electronic music, not focusing on a particular genre.
Rico has used ableton live since 9 years, making and releasing loads of music material and also performing live with ableton live and live machines.
He moved from italy to london to pursue his musical dream and to become a quite well known music producer in the capital, also his ableton live skills has taken him to perform live in many clubs of the city and around Europe. 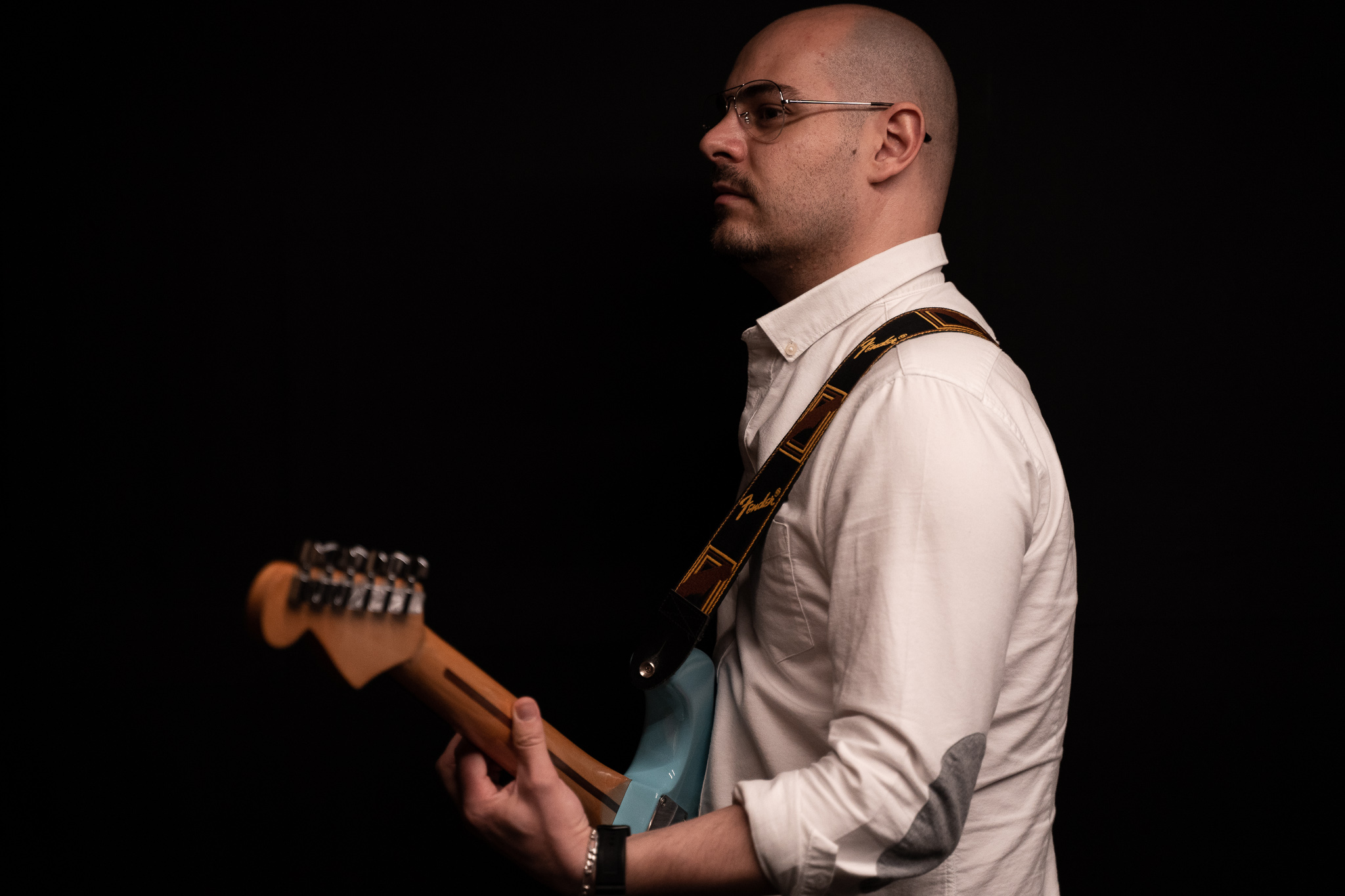 Mark Meccoli is a Guitarist/Producer, London based.
After a long training in both classic and jazz music, he specialized in theory and harmony at the Music Conservatory of Rome, IT.
In his early twenties he started to play with several bands, touring across Italy, Uk and a number of other European countries. This provided him with a strong performance experience and knowledge around instruments and band arrangements. At the same time, he has always been fascinated by songwriting and music composition. In 2014 he finally approached the electronic music by studying Ableton Live, synthesis and sound design.
He is now collaborating with several artists by producing songs and beats. Being also passionated about the world of Rock music, over the past year he has been working on his own project with the aim to blend guitar riffs with EDM and alternative electronic music. Hence, he is now releasing his first own single and approaching the music industry as a producer.